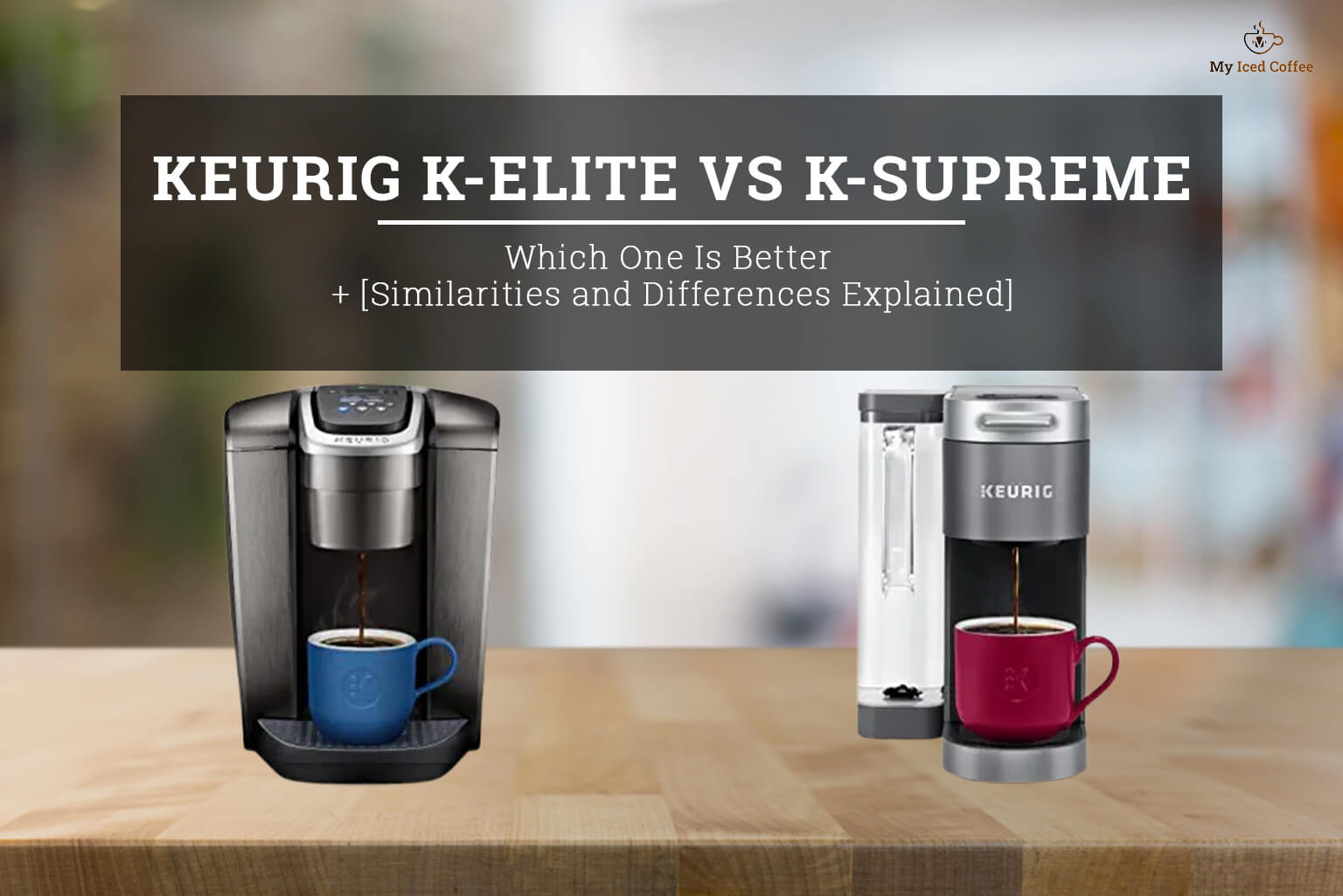 The K-Elite and the K-Supreme are both some of Keurig’s most popular models. Since they’re both from the same company it can appear as though they are quite similar but there are actually a few key differences between the two. So, which one should you go with? We tested both machines on the factors that matter the most – price, coffee quality, extra features – to determine which one has the edge. Keep reading to find out where the two models differ, what their main features are, and what our verdict is on which is the better Keurig.

The K-Elite is one of Keurig’s higher range models, and is aimed at customers who consume larger amounts of coffee. With a water reservoir that can hold 75 oz, iced coffee features, strong brew options, and a range of cup sizes the K-Elite is packed with features to make your coffee making experience as exciting and full of variety as possible. This machine also comes with quiet brew technology and has a high altitude setting.

Related Guide: The Best Keurig for Iced Coffee in 2022

The K-Supreme is another higher end Keurig model. Fitted with multi-stream technology, the K-Supreme makes the richest, most flavorful cup out of any Keurig. This machine also has temperature control settings, iced coffee features, strength control options, and a water reservoir of 66 oz. The K-Supreme also has an adjustable water reservoir which makes cleaning and refilling easy work.

The K-Elite has a lot of different cup size options – it can brew four, six, eight, ten, and twelve oz cups. The K-Supreme has a similar range, with the only exception being that it does not have a four oz cup size option. The difference is practically negligible, especially if you like a tall cup of coffee.

The K-Supreme uses multi-stream technology. This means that it produces more than one stream of water in order to soak the coffee grounds in a more even way. This technique leads to a more aromatic, flavorful brew. In contrast, the K-Elite makes use of Keurig’s traditional brewing technology and while this is still pretty good, the coffee may end up tasting under-extracted in comparison to the K-Supreme.

In terms of filtration, both machines are the same. Most Keurigs come with a charcoal water filter and a filter holder, so that doesn’t need to be purchased separately.

The K-Elite and the K-Supreme both offer Strong Brew settings. The K-Supreme comes with a Strong Brew button that’ll take an extra 20 seconds to make an 8 oz cup of coffee extra strong according to the machine’s standard. In contrast, the K-Elite offers a sliding button that lets you choose how strong exactly you’d like your coffee to be and the level of strength you choose proportionally also increases the brew time.

Both the K-Elite and the K-Supreme are super easy to programme. The machines allow you to plan your brew time up to 24 hours in advance – making it possible for you to wake up to already prepared coffee. The main difference between the two machines is that the K-Elite has an Auto-Off setting while the K-Supreme does not. So, if you’re forgetful in the mornings and don’t want to waste power this feature might be important but otherwise the difference is pretty negligible.

Even though they’re generally pretty straightforward to operate, if you’re having trouble using your Keurig, then read our guide on how to use a Keurig.

Having a high altitude feature on your coffee machine is really important if you live more than 5000 ft above sea level. See, after you’re over this height water boils at a much lower temperature and brewers need to be equipped to deal with this. Both the K-Elite and the K-Supreme have features that help them adjust to high altitudes.

Related Guide: Keurig k-Supreme vs K-Supreme Plus: Which One Is Worth Buying?

Descaling regularly is super important to increasing the longevity of your machine, and thankfully both these models let you know when it’s time to do this. The K-Elite and the K-Supreme both have red lights that will illuminate to inform you that you need to descale your machine.

Both of these Keurigs also have iced coffee making capabilities. If you’re someone who drinks a lot of iced coffee, then read our guide on best Keurig for iced coffee.

While both machines are pretty easy to clean and are dishwasher safe, the K-Elite wins by a very small margin in terms of convenience in cleaning. The K-Supreme just has a few more parts and these can be relatively harder to keep track of and clean.

Both the K-Elite and the K-Supreme qualify as higher end Keurig brewers, but the K-Elite is slightly more expensive. At the time of writing, the K-Elite costs around $159 while the K-Supreme stands at $135. So, in terms of a cheaper bargain the K-Supreme wins but only marginally. Both models can use a wide variety of K-Cups and have the capability to use reusable coffee grounds.

While both of these machines are pretty exceptional and have a lot of similarities, for us, the K-Supreme takes the win here. Due to its cheaper price point, the K-Supreme is just overall a better deal than the K-Elite. The K-Supreme’s multi-stream technology also makes it the superior Keurig in terms of coffee quality – it ensures that the flavors in your pod are maximized. While the K-Elite does come with its own unique features, the K-Supreme’s more pocket-friendly price, adjustable water reservoir location, and slim design make it the better option between the two machines.

What is the temperature of ice brewing in K Supreme?

While the K-Supreme comes with an Over Ice feature, this doesn’t mean it will automatically brew cold coffee for you. The coffee made from this feature is still hot coffee and you’ll need to add ice separately.

Yes, Keurigs can be used to dispense purely hot water that you can use for purposes other than coffee. While some models like the K-Elite have a ‘Hot Water’ button, other models can also be used for producing hot water. All you have to do is just start the machine without inserting a pod. This way, it’ll just simply give you hot water.

Is Keurig Elite being discontinued?

No, the K-Elite is not being discontinued. In fact, it is one of Keurig’s most popular and higher end machines.

Yes, similar to most other Keurigs, the K-Elite does not have any sort of pod scanning technology. This means that it can use K-Cups that aren’t manufactured by Keurig themselves, making sure you have a lot of variety.

Emily James is a Managing Editor and a coffee snob, which means she never misses her coffee doze in the morning. And why would she? IT'S A BOOSTER, RIGHT!
She believes that each coffee mug is an adventure, and that's why she is always on the lookout for the newest coffee gear. Being a coffee fanatic, she particularly enjoys sipping coffee around a bonfire in winters. 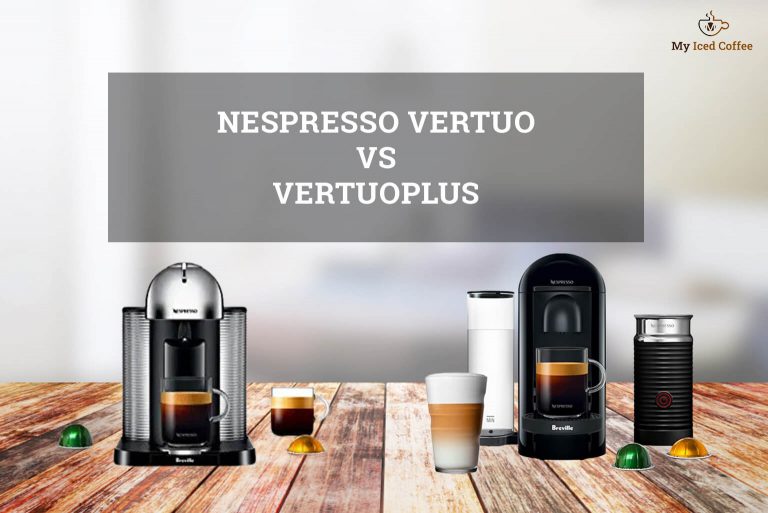 In 2014, Nespresso launched a new series of machines named VertuoLine. These machines are different from OriginalLine as they can make other espresso-based drinks and American coffee. With Nespresso VertuoLine and VertuoPlus, you can get delicious cups of coffee in no time. Nespresso is one of the best capsule makers in the world. With a… 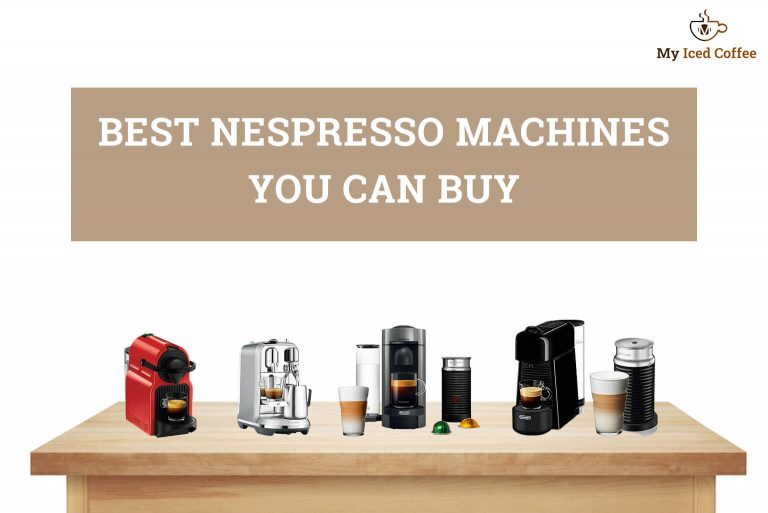 Entering the world of Nespresso can be a daunting journey. There are so many options and it can be hard to know which one you should go with. That’s why, to make your life as easy as possible, we tested nine different Nespresso machines and listed some of their major characteristics. We looked at a… 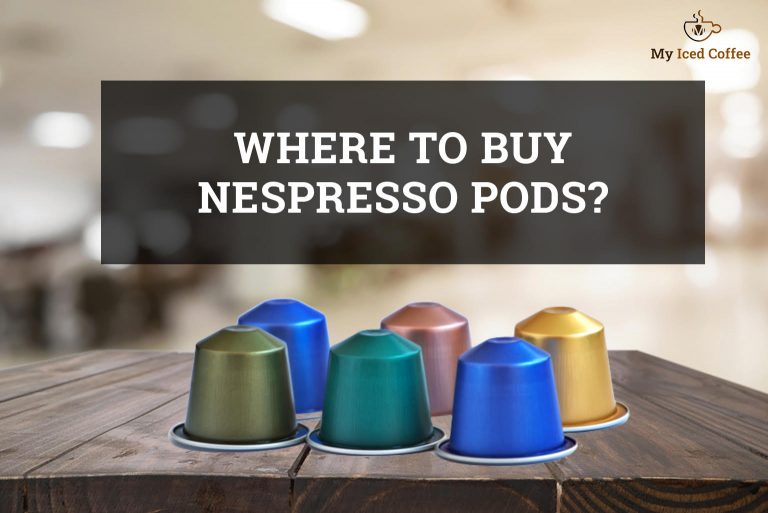 Anyone who has a Nespresso knows how painful it is when you get up to make your morning cup of joe to find out you’ve run out of pods. The best way to avoid this is to make sure you’re well stocked in advance. We’ve made the ultimate guide to all the best stores where… 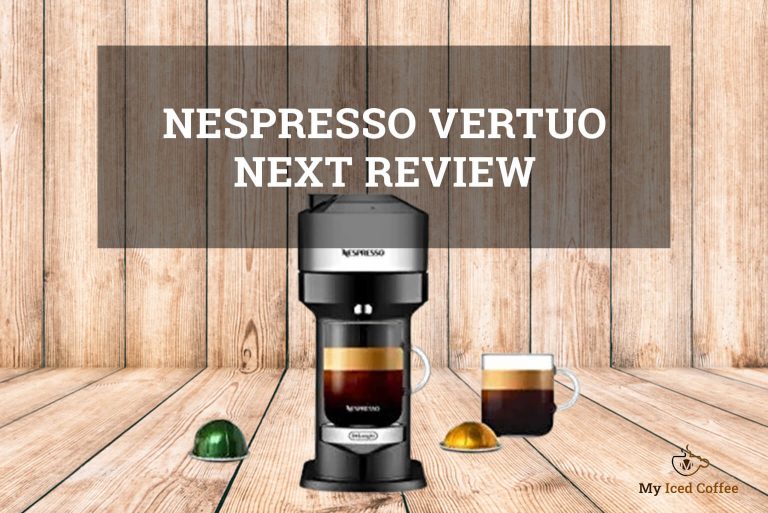 Nespresso Vertuo Next Coffee Quality Durability Design Ease of Use Brand Reputation 4.3 The Bottom Line The Vertuo Next is the slimmest model in Nespresso’s VertuoLine collection and comes with a large variety of cup sizes. Similar to other VertuoLine models, the Vertuo Next brews both coffee and espresso. It’s also sold with some extra… 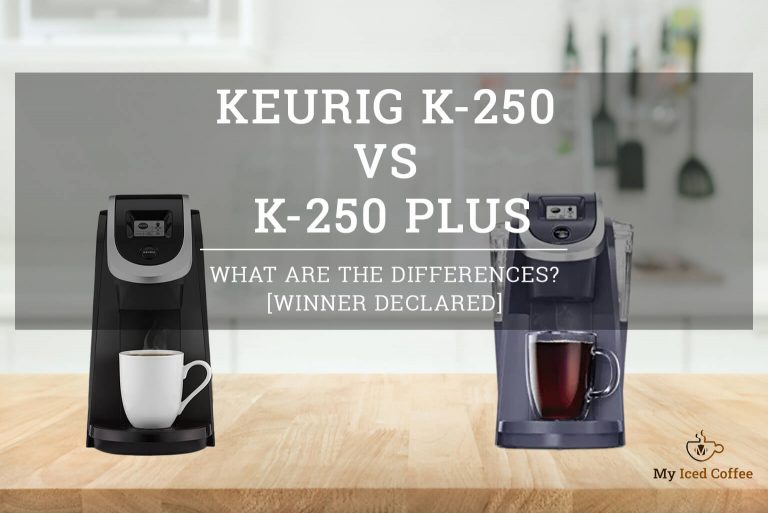 Keurig is a great company well known for its innovative coffee-making machines. Among Keurig’s wide variety of machines, we have K250 and K250 Plus. These machines stir confusion among the buyers about which one they should buy.  The K250 and K250 Plus have innovative technology that helps you brew a perfect cup of coffee within… 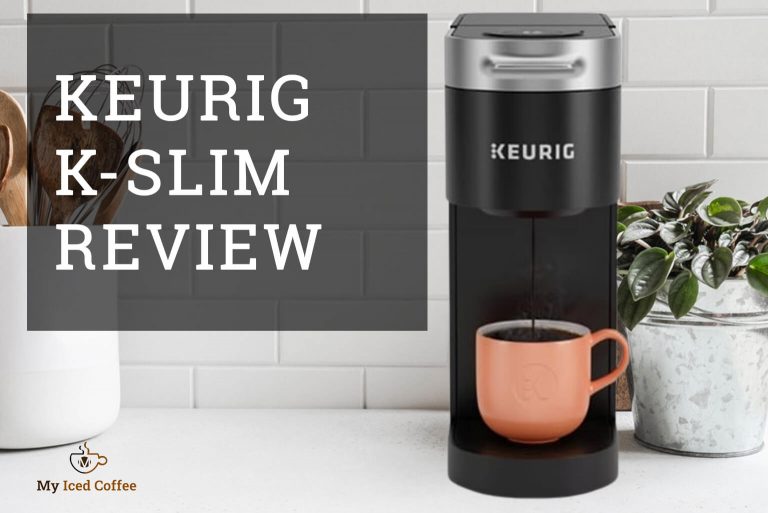 Keurig K-Slim Review Coffee Quality Ease of Usage Durability Brand Reputation 4.2 The Bottom Line One of Keurig’s slimmest brewers, the K-Slim provides a reliable and consistent coffee experience for users. If you value counter space, ease of use, and a quieter brewing experience then the K-Slim might just be perfect for you. Key features…